Expand Your Mind Without Leaving Home

Being at home most of the time is tough, and digital fatigue is definitely real. But if you are stuck in a rut continually scrolling through social media or taking part in endless online meetings – remember, the online world can also be a great way to connect and join with others, learn something new and expand your horizons – all without leaving the couch!

CAE is currently presenting a range of online talks on Philosophy, Arts and Music delivered by Richard Stone.

Richard has long been intrigued by history and fascinated by human creativity. An extended period of tertiary study produced a Degree in Art History and Music along with Diplomas in Art and Design and in Education, followed by a satisfying 30-year career as a teacher and lecturer in independent schools.

Throughout his teaching career, Richard also practised as a painter and photographer and fulfilled an urge to travel by developing a program of European study tours. Since the mid-90s, Richard has accompanied more than 20 groups of secondary students and adults to various destinations in search of cultural enlightenment. Richard has been teaching at the CAE since 2016, sharing his enthusiasm for history, literature and the arts through a range of talks. 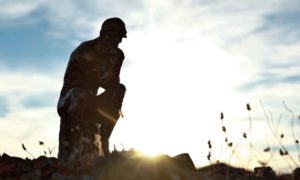 Brush Up Your Shakespeare: Another History, Comedy & Tragedy (Online)

This is a wonderful opportunity to dip into three examples from Shakespeare’s extraordinary canon of theatrical masterworks. In this selection, we will provide introductions to the lyrical history play “Richard II”, the magical comedy “A Midsummer Night’s Dream” and the disturbingly powerful Scottish Tragedy, “Macbeth”.

Although Victorian Britain produced few top-ranking composers and performers, music played a significant role in the public and private lives of its citizens. Queen Victoria and her Consort Albert were enthusiastic patrons and accomplished amateur musicians. We will explore examples of music destined for the theatre and the parlour by composers such as Tosti, Sullivan, Balfe and Prince Albert himself.

A History of Singing (Pt 3) – Orpheus, Opera and Monteverdi (Online)

The course will trace the development of Italian vocal music through the first half of the 17th Century. We will see how opera evolved from a private court entertainment to a successful commercial enterprise in the hands of composers such as Monteverdi and Cavalli. We will also explore regional styles of sacred music, madrigal and song.

CAE also has a range of talks delivered face to face at our Flinders Street CBD location. Visit cae.edu.au/course_category/talks/ to find out more.