Celebrated with feasts and holy day services with family and community, Rosh Hashanah begins on Tishrei, the seventh month of the Hebrew calendar. The festival dates vary from year to year but usually fall in September and October.

Rosh Hashanah commemorates the creation of the world and marks the beginning of the 10 day period of introspection and repentance known as the Days of Awe, culminating in the Yom Kippur holiday, known as the Day of Atonement.

To mark the occasion, the Book groups team has selected their top Jewish-themed books from our book catalogue – Dialogue.

Two young Jewish boys growing up in Brooklyn around the time of World War I study Talmud together, but differences in upbringing, attitude and belief create tension in their friendship. Will Danny, the Rabbi’s son become a Rabbi himself or will he break with tradition? Zionism, the birth of the state of Israel and the destruction of the European Jews are important themes in this novel. 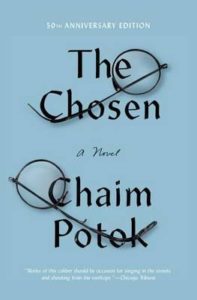 The Finkler Question tells the story of Julian Treslove and his friends Sam Finkler and Libor Sevcik. Sam and Libor are lonely widowers, while Julian wishes one of his lovers would expire romantically in his arms, and wonders what it would be like to be Jewish. This novel touches on anti-Semitism and Zionism, as well as obsession, in a complex and insightful way. 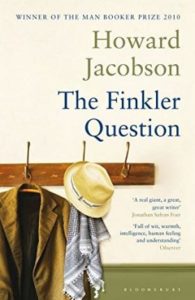 Jakob is a Jewish refugee from Nazi Germany who arrives in London in 1937, where he is handed a list of rules on how to assimilate. Jakob takes this seriously – he wants to fit in – and begins to update the list with observations of his own. His actions bewilder his wife Sadie, who clings to where they came from and who they left behind. 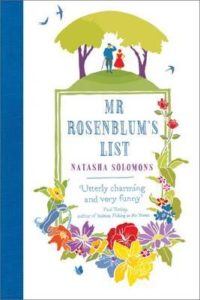 People of the Book – Geraldine Brooks

The story of Hanna Heath, a renowned book conservator. She receives a call in the middle of the night about a medieval manuscript recovered from war-torn Sarajevo, and makes her way to Bosnia to restore the Sarajevo Haggadah, a Jewish prayer book, and to piece together the remarkable story of this manuscript. 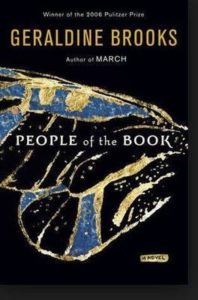 The novel combines two narrative threads from retired philanthropist Jules Epstein, who goes missing when he leaves New York with what remains of his wealth to Tel Aviv, and American novelist Nicole, who’s plagued by writer’s block and a stale marriage, and discovers a mystery that alters her life. The novel explores Jewish culture, Franz Kafka and personal metamorphosis. 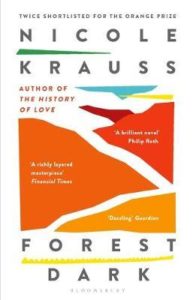 You can go to this café in St Kilda and eat the delicious food. But to find its real life, you need to read this haunting novel. It interweaves the stories told by remarkably different Jewish émigrés from mid20th century Europe – Avram and Masha, the proprietors, and three of their regulars, Yossel, Laizer and Zelman. Trauma and dislocation are here transfigured by awe and lyricism. 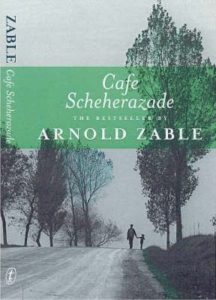 The Tattooist of Auschwitz – Heather Morris

Based on the true story of Melbourne-based Lale Sokolov, a former Auschwitz-Birkenau tattooist and privileged prisoner who fell in love with Gita, a Jewish girl whose arm he was forced to tattoo with her prisoner identification number. Lale is not just determined to survive, but to manipulate the system to ensure the survival of the prisoners and his lover Gita. A unique survivor’s account and love story full of heartbreak, hope, and triumph inside and outside the walls of the Auschwitz prison. 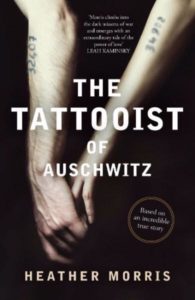