In anticipation of the upcoming Boxing Day release of Cats – a film adaptation over 38 years in the making – Book Groups looks at musicals that were adapted from books. Sometimes the film version came first and sometimes the stage show, but both were born from what we love the most – books! We’ve included our favourites plus some musicals where the book origin might not be as well known. 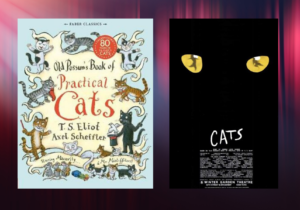 The musical by Andrew Lloyd Webber has long been considered ‘unfilmable’ due to its high concept. It tells the story of a tribe of cats as they decide which of them will ascend to the ‘Heaviside Layer’ and be reborn. The musical is all song with focus given to the songs and dancing over a traditional narrative. Cats is considered the musical that kicked off the mega-musical blockbuster phenomenon, although the trailer for the film has been met with mixed reviews. T.S. Eliot originally wrote the whimsical poems (that the musical is based on) for his godchildren. 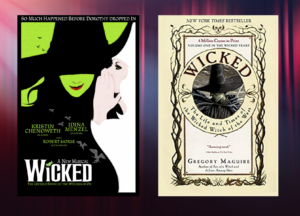 Book: Wicked (1995) by Gregory Maguire, which was itself a revisionist exploration of the characters and land of Oz in The Wonderful Wizard of Oz (1900) by Frank Baum.

Film: Wicked hasn’t been made into a movie yet, but you can always enjoy a rewatch of The Wizard of Oz (1939).

In the musical theatre world, Wicked has been a massive success, becoming one of the only shows to pass one billion in Broadway revenue, along with The Phantom of the Opera and The Lion King. It has consistently broken box office records around the world. The book was the first in a series of four that reimagined the world of Oz. 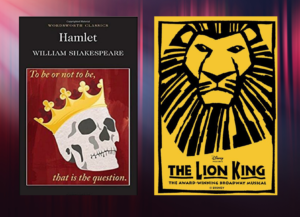 The co-directors of the Disney Lion King movie have confirmed that the movie was modelled on Shakespeare’s Hamlet. The themes and relationships were based on Shakespeare’s classic work, and an alternate ending of the movie even included Scar uttering a line from the play. The 1997 musical, based on the Disney film, has won multiple Tony awards and is now the top-earning title in box-office history. 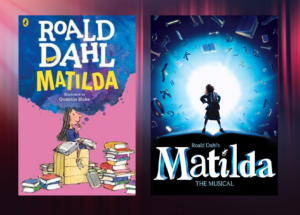 Matilda the Musical has been a critical and box-office success as well as winning multiple Olivier and Tony awards. Matilda is Dahl’s best-selling work and has been praised for its positive portrayal of a young, aspirational female character. 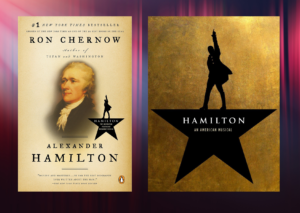 Another critical and box-office success, Hamilton was praised for its incorporation of hip hop, R&B, pop, soul and traditional-style show tunes, as well as its casting and treatment of historical figures. In addition to winning numerous theatre awards, it also won the 2016 Pulitzer Prize for Drama. Hamilton’s writer, composer and lead actor, Lin Manuel-Miranda, was on holiday from performing in another of his hit shows, when he read Rob Chernow’s biography of Alexander Hamilton. He was inspired to imagine Hamilton’s life as a musical. 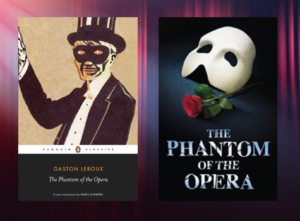 Book: The Phantom of the Opera (1911) by Gaston Leroux

The book version was first published as a serialisation in a French daily newspaper, from 1909 to 1910. Leroux was partly inspired by historical events at the Paris Opera during the nineteenth century. Although there are a few film adaptations, it is Andrew Lloyd Webber’s musical of the same name that gained the most popularity, becoming the longest running show in Broadway history. Lloyd Webber chose it because he had always wanted to write a major romantic story and The Phantom provided him that opportunity.

Film: Les Misérables (2012)
Find out more about joining your local Book Group, or setting up your own here!