Interview with Mick McCoy, author of What the Light Reveals [B2288]

CAE > News > Interview with Mick McCoy, author of What the Light Reveals [B2288] 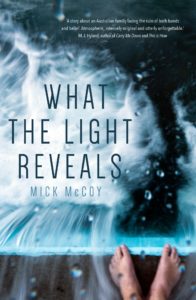 1. What inspired you to write a cold-war novel across Australia and Russia?

The family lore — my aunt Bernice and uncle Dave’s story — were the original inspiration for What the Light Reveals. Aunty Bernice wrote Between the Lines about Dave’s involvement in the 1954-1955 Espionage Royal Commission (the Petrov Affair), and the transcripts of his hearings are held in the State Library. I was astonished by the bias and bigotry of the Commissioners and the Queen’s Council in prosecuting the case.

While no one was found guilty of spying, they were made to pay for their innocence. Dave was sacked from his job and, despite being a skilled and experienced engineer, he could not find work. Menzies was personally signing letters drafted by ASIO and sending them to each new employer, warning them that Dave was a security risk and should be sacked. He was ostracised by the government, the media and by everyday Australians.

Despite all that, it’s not a cold-war novel. The cold war, whether in Melbourne or Moscow, is a setting to explore themes such as betrayal, faith, isolation, belonging, secrets and truth. The inspiration is to use all those forces outside the family to examine the secrets kept inside the family.

2. How much of What the Light Reveals is fact and how much is fiction?

The things I wrote in answer to the first question are all true – my aunt Bernice and uncle Dave did move to Moscow and live there for many years – but there are significant divergences from the truth. Perhaps most significant divergence is Alex, the eldest son, is adopted, while younger son Peter is not, whereas in real life the boys are both adopted.

Conversations with my cousin Paul (Alex in the novel) provided plenty of anecdotes that appear in the story, but the plot once the Murphy family leave Melbourne is a complete fabrication.

3. Despite the surrounding events of the Cold War, the story centres on the bonds between family members. What inspired your decision to focus the narrative on familial relationships?

If, as a family, you are isolated by distance, politics and bigotry from your country, community and wider family, then you only have yourselves to rely on. Faith and love for each other becomes more important in the face of such isolation. But the Murphy family keep secrets like most families do. Conrad and Ruby keep Alex’s adoption secret from him and their younger son Peter. Conrad and Ruby keep secrets from each other. When accidents happen and lives are threatened, those secrets are tested and their isolation heightens the impact of accidents, secrets and threats.

4. What was the biggest challenge in writing What the Light Reveals?

By far the biggest challenge was to authentically portray life in Moscow in 1970. Family and finances meant travelling to Moscow were out of the question, but even if I had been able to travel there, decades had past and the Moscow and Moscovites I wanted to write about no longer existed.

The small details of daily life and place became essential to the tension and jeopardy the Murphy family faces. I have my aunty Bernice’s written account of their lives, my cousin Paul’s oral account, and I was able to cobble together more colour and depth from accounts written by westerners living in Moscow at the time. There are YouTube videos of the 1971 Revolution Day parade (which I adapted for a scene in my book), and pictorial histories of important settings – Metro stations, Gorky Park, local streets.

5. What is your favourite literary novel?

I would have to say Tim Winton’s Cloudstreet. Others have had a greater influence on my writing such as Richard Ford’s The Sportswriter and Raymond Carver’s short stories.

6. What book inspired you to be a writer?

Not sure if there was a single book that provided such inspiration but Raymond Carver’s stories — the craft, economy and empathy in them — were the strongest inspiration to develop a writing style. But I don’t write like him. For a start, I am a novelist rather than a short story writer.

Paul Kelly — the Australian singer, songwriter — gave me a quote for the cover of my first book (Burning Sunday). ‘Plain, beautiful, aching language,’ he said, and that is still at the stylistic centre of my writing ambitions. 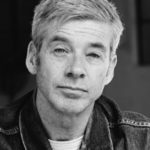 Mick McCoy is the author of Burning Sunday, shortlisted for the 1999 Age Fiction Prize, and Cutting Through Skin. His latest book, What the Light Reveals, is published by Transit Lounge and is available to request in the upcoming 2019 Dialogue, the annual CAE Book Groups catalogue. He lives in Melbourne, Australia.